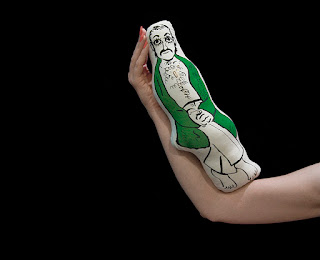 As well as The Canadian Romantic art book: 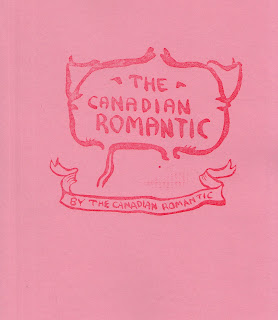 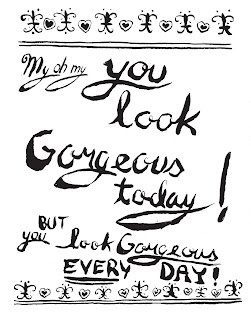 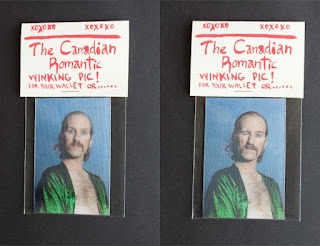 Posted by Robert Dayton, Junior at 9:41 AM No comments:

Montreal, check it out! With Malcolm Fraser and Steve Balogh I will revive the improvised song-poem tradition of Vancouver band July Fourth Toilet, creating songs on the spot from lyrics brought in by the audience! This is following a terrific doc on song-poems!

OFF THE CHARTS: THE SONG POEM STORY + Live Song-Poems!
Jamie Meltzer | É.-U. 2003 | 54 min.
23 SEPT, 18h00, FILM BOX
(Quartiers POP – 3450 St-Urbain, 3rd Flr)
with live song poems from Robert Dayton and Friends!
Like a warped fun-house mirror, the song-poem industry has run parallel to the mainstream music business for close to a century; it’s estimated that over 200,000 song-poems have been recorded since 1900. The genre’s durability can be traced to three of our deepest American desires – to be in show business, to get rich quick, and to share and express our deepest feelings. We meet several of the “songwriters” – from an elderly woman to a young African-American man to a small-town Iowan with big-time dreams – each of whom has been in the “business” for awhile, churning out odd compositions that cover the waterfront of American obsessions, from Jesus to genitalia, from politics to Elvis. We also meet the producers (often known as song-sharks) who hold out the tantalizing promise of fame to their eager customers, and the has-been musicians who sit in studios, day after day and year after year, interpreting some of the weirdest lyrics ever written. Through fellow musicians and his son, Ellery Eskelin, one of the most eloquent fans of song-poem records, we learn about the life and tragic death of the man aficionados consider the greatest song-poem interpreter of all time, Rodney Keith Eskelin. Using a variety of stage names, this would-be classical composer brought an eerie beauty to many of the song-poems he recorded before ending his career and life by jumping onto a Hollywood freeway. Off the Charts is a fascinating look at one of the strangest subcultures in our American landscape.

Posted by Robert Dayton, Junior at 9:09 AM No comments:

Joke from The Onion:
http://www.theonion.com/articles/job-loss,29450/?ref=auto
Posted by Robert Dayton, Junior at 8:50 AM No comments:

Hey guys! Back in 1999 I co-created, co-edited, wrote stuff, drew stuff, for a paper called The Drippy Gazette full of ent’ainment and comics and music! The Canadian Comics Archive has posted issue 1 online, c-c-check it out! This ish has stuff on recordio discs, TV movie reviews by my Mom, and loads more!
CLICK HERE: Drippy Gazette 1 – 1999 | Canadian Comics Archive
Posted by Robert Dayton, Junior at 1:15 PM No comments:

Toronto! The Canadian Romantic is opening for Neil Hamburger and JP, Inc at the Comedy Bar (945 Bloor west) on Friday, Sept 14th and Saturday, Sept 15th! 10:30 PM. Tix available in advance.
There will be dolls, winking wallet sized pics, and books available for sale.


Posted by Robert Dayton, Junior at 7:12 AM No comments: