Zine Dream is a small press art fair with over 50 vendors of hand made arts and crafts, zines, prints, and more!

It will also feature:

YOU DON'T LOVE ME YET

My band WET DIRT is playing this. I really love this Roky Erickson song from the 80s, hard to believe that it is from the 80s, so timeless. Something about this song, so direct yet with an opening line "Lightning never strikes anymore..." Pure emotion.
Anyways, it's free, it's this Saturday at 3 PM at Mercer union (1286 Bloor Street west) and it's the last day to catch Sarah Gregg Millman's art show as well.
Info:
Toronto-based musicians and artists will perform an evening of Johanna Billing’s ongoing project, You Don’t Love Me Yet. Fascinated by the ritualized potential inherent in performing cover versions of pop songs, Billing conceived a concert format based on one song only, to be interpreted by lo cal artists, bands, and groups. Taking its cue from Texas psychedelic rock legend Roky Erickson’s original 1984 version of the song, Billing has reinterpreted the logic of longing and longevity and decentralized the ideal of a single performance or solo performer, creating instead a rolling series of performances based on localized aesthetic sensibilities.

Each performance is videotaped and subsequently becomes the backbone to an archival instal lation of a “neverending tour” of You Don’t Love Me Yet. Beginning as a concert tour in multiple Scandinavian art institutes around 2002, Billing’s reformatting of the song has since been per formed over a hundred times in locations worldwide ranging from museums, galleries, music clubs and art fairs.
Posted by Robert Dayton, Junior at 8:41 AM No comments: 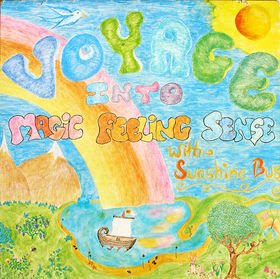 Broken Pencil Magazine asked me to write an article for them on four of my favourite Canadian Vanity Pressing LPs.
The article is here:
http://www.brokenpencil.com/features/feature.php?featureid=122

And, yes, I am looking for any info on the people who made some of these albums.....I mean, look at the pic here, who could have designed that?
Posted by Robert Dayton, Junior at 8:08 AM No comments: 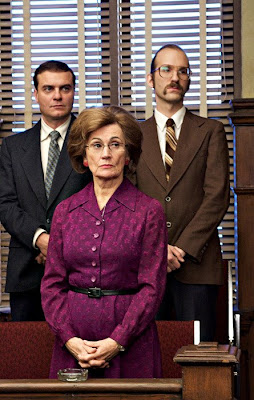 Photo still by Jessica Eaton from the upcoming feature "Leslie My Name Is Evil."
Posted by Robert Dayton, Junior at 11:22 AM 3 comments:

But I really do need only two more male artists for the project that I have posted details of in a recent post. I have found more than enough female artists but I guess the boys are shy. And, no, one doesn't have to be nude for the shots, this work is not trying to do empty NYC skater-infused photo art circa 2001, that ain't the crux. The photos are for research purposes only.
I am still trying to determine if I should render these large drawings in pencil as a more 'fine art' thing to go with the theme of the show or in my usual pen-and-ink with possibility of watercolor. Feedback? thoughts? Since I am blogging i may as well get more intimate and interactive and ask you guys...
And if you know of any male artists let me know ASAP!
Posted by Robert Dayton, Junior at 7:48 AM No comments: