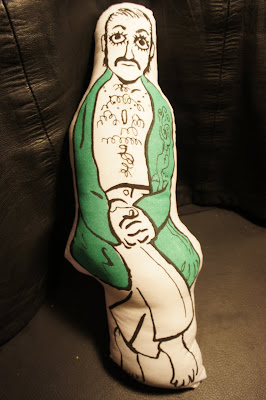 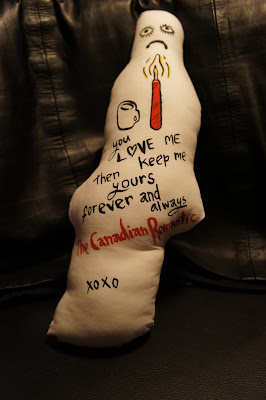 Posted by Robert Dayton, Junior at 11:38 AM No comments:

MONTREAL: AN EVENING WITH THE CANADIAN ROMANTIC

If you are in Montreal….

Robert Dayton Junior Presents:
AN EVENING WITH THE CANADIAN ROMANTIC

Robert Dayton’s most recent project is his series of videos and performances as the persona of The Canadian Romantic, a melodramatic figure of faded glamour who tries to bridge the gap between Canada and romance with somewhat dubious results…. Some key Canadian Romantic videos will be played and a BRAND NEW VIDEO will be unveiled! The Canadian Romantic himself will be performing live, taking topic suggestions from the crowd for his infamous impromptu candlelight Recitations. Expect glittery Bon Mots aplenty from a man of way too much experience. You will come alive with laughter feeling like you’ve woken up at an undisclosed time with make up smeared across your face. 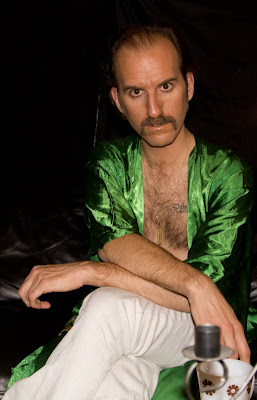 Posted by Robert Dayton, Junior at 1:34 PM No comments:

Join us tonite, Tuesday, June 21st, at The Beaver (1192 Queen Street West) as we celebrate Robin Gibb starting at 9:30 Pm with the velveteen double album melodramatic orch-pop opus Odessa by the Bee Gees. THIS IS A DOUBLE ALBUM ABOUT A SINKING SHIP! NOT DISCO! REMOVE THE STIGMA FOR GREAT SIBLING HARMONIZING ORCH-POP! It was the single from this album that made Robin leave the act and his brothers to make two solo albums Robin's Reign and the rare, precious, and unreleased Sing Slowly Sisters: we'll be playing both! Melancholia, speed, and strings, and drum machine. It's like "There's A Riot Goin on" if Sly Stone was a skinny white Commonwealther with bad teeth. We'll also be playing The Bee Gees without Robin, the Bee Gees with Robin back in the band, and some early 80s electro pop work by Robin. And more!
If you think The Bee Gees were only about disco, you couldn't be more wrong....I'll be mostly spinning some great maudlin orch-pop!

Read this:
http://www.headheritage.co.uk/unsung/review/229/
Prizes and projections by Eyesore Cinema.
Robert Dayton, Junior Presents FEELINGS with D.J. Body Beautiful and a midnight candlelight night recitation by The Canadian Romantic at the Beaver (1192 Queen west)

"I do this for you, there is nothing else like this, the mood of the room is shaped by what I provide, I am so honed like a beam of light that the Midnight Candlelight Recitation will be intensely fashioned and crafted going to` places unexpected. I will make love to you with my voice and soul and musical selections, I don't care who you are, NO COVER but the cover of night.Your life energies need us, this is a nice city but a tad stiff, it needs a massage, my hands can do that, lower, lower, lower, lower....
My Midnight Candlelight recitation is always a hit with the people! What are recitations? Intense spoken reflections of the soul in a romantic manner. We are here to help you get through this mortal life. Have a request? I will fulfill you in a voice that has been trained and honed from the deepest core of my being. Close your eyes? Is this a record? No, it's me talking to you right now, there'll be records after."
FEELINGS is a special night where we spin music that you probably won’t normally hear. A boutique mix of :
ELUSIVE DREAMINGS/PRIVATE PRESSINGS/FREE FORMS/CAN CON CONCRETE/B SIDE EXCURSIONS/ELECTRONIC PRIMITIVA/EMOTIONS/EURO HORRORS/INTENSELY PERSONAL VISIONS/DEEP PSYCH/UN-EASY LISTENINGS AND BALLADS/PRISON SOUNDTRACKS/FANTASTIC JOURNEYS OF WONDER/ORGAN-ISMS/NEO-BAROQUE
With a midnight candlelight night recitation by The Canadian Romantic

This will be ...special. 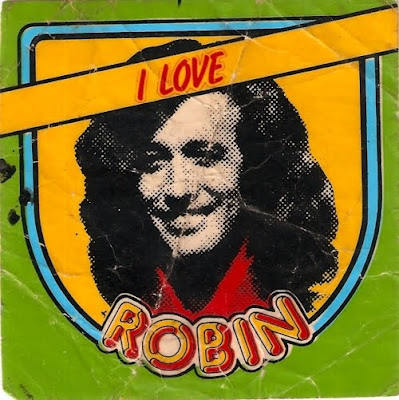 Posted by Robert Dayton, Junior at 6:44 AM No comments:

Speaking of July Fourth Toilet and Macca: July Fourth Toilet- The White Album cassette
From 1994, July Fourth Toilet’s version of The White Album. Our 1st release, previously only on cassette, before we played live, different and much more difficult than our other stuff, but still pure Toilet. Some folks in Frisco used to drop acid to this. I dare you to listen to it in one sitting!
http://julyfourthtoilet.bandcamp.com/album/white-trash-album-cassette

As well, the Gonzales' movie Ivory Tower that I am in plays Friday at 2 PM at The Toronto Underground Cinema:
http://www.nowtoronto.com/movies/story.cfm?content=181253

If you are in Berlin, my Y2K Compatible zine is sharing shelf space with Becky Johnson's at Wunderkabinet which is as Becky states, "a now-travelling series of themed contemporary curiosity collections that sets in in instalments around berlin's art and craft sphere. it is all curated and maintained by leah buckareff. The current incarnation is housed at etsy's berlin/international headquarters in a modular construction called 'the turtle'. I hear there is an arm chair there and possible some floor cushions to support comfortable and easy literary perusal." Posted by Robert Dayton, Junior at 12:54 PM No comments:

Ah hello.
So WET DIRT has a new line-up, got kinda of a late nite street strut to this 4 piece rock band. WE ARE READY TO PLAY! Come forth!
Meanwhile a couple ruff mixes of the original line-up are posted here:
http://wetdirt.bandcamp.com/

ta!
Posted by Robert Dayton, Junior at 1:33 PM No comments:

Here I am 39...riding a cusp...freshly turned...and fully frustrated at the rate of 12 dollars/hr...ah yes, birthdays and thos eold frustrations come up as I ask, "What am I doing with my life?" Where to next, big boy? Gonna see if you can make things happen outside of anti-charismatic Canada? Good luck!Ha ha! Shit, got to do my gratitude list: okay, talent to spare (it'd be nice if backers noticed, like "Hellooo!" okay Robert enuff...), a sweet GF, I don't look hard done by, able to eat everyday, playing in a band that is sounding kick-ass (now if only the world can hear it...Robert, ENOUGH!...)...
I am archiving as much July 4th Toilet as I can. With the second album up, the first album "Something For Everyone" is finally up for 'pay what you like' (including free) download with reviews et al...
We recorded it with intent of making a warm pop album, to make people feel loved.
Listening to it now I'd say, it's a really great charming album with the only real weak spots being some of my vocals, sigh, it was my first album...I'd love to recut the vocals on a few of those tracks, c'est la vie, adds to the off kilter, enjoy:
http://julyfourthtoilet.bandcamp.com/album/something-for-everyone 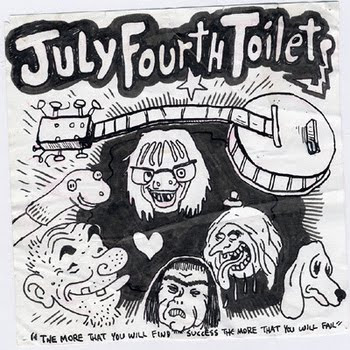 Posted by Robert Dayton, Junior at 11:09 AM No comments: