Poem that I read the other night:

We'll have to turn it on for you
Saskatoon
Saskatchewan
The Parktown Hotel
Room 206
Pool across the hall
The lifeguard lifts the lid
She leaves me be
Jacuzzi time
The gusts go high
A force controlled by her
Warm jets too strong to tickle
solitudes
In my hot pepper print speedo
No fluids flow from me
Just smooth
mechanical bursts
timed and spraying
over the sides
Through the window
Snowy landscape
45 below
Reminder
So long ago
Not so long ago
Our passion in a hot tub
Until things went sideways
When what was entangled
Were my allergies and isolation
Things went sideways
We started having sex sideways
Because it was 'easier'
I just made amends
Addendum
The sex was mostly good, wasn't it?
(silence)
There was passion
The jacuzzi reminds me
There was sideways
The jacuzzi reminds me
Noted, amended
Regrets
The force of the gusts and the jets
Never forget
Posted by Robert Dayton, Junior at 12:43 PM No comments:

I have returned from shows in Vancouver and Saskatoon, more will be discussed soon enough...
My second article on karaoke for the AC club TO is up now:
http://www.avclub.com/toronto/articles/sweet-daddy-siki-at-the-duke-of-york-inn,68079/

The latest episode of Scare Tactics may be the craziest one yet, 'career killer'?, skip to clip 3:

And I will be doing a reading from my new book:
Pivot Readings at the Press Club
Featuring Robert Dayton, Andrew Faulkner, and Andrew McEwan
Wednesday, January 25
The Press Club
850 Dundas Street West
8 PM
PWYC 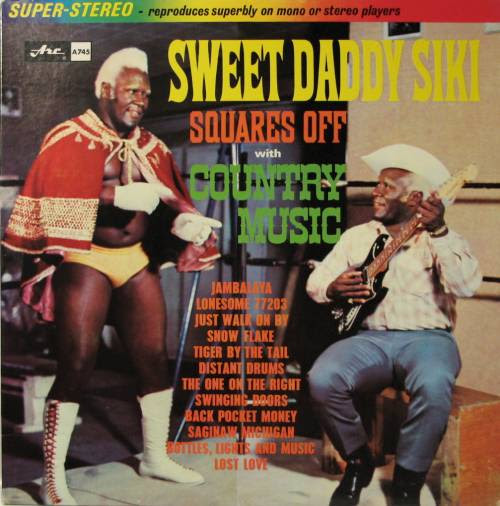 Posted by Robert Dayton, Junior at 4:17 PM No comments:

I will be on the Nardwuar show tomorrow (Friday January 6th) at 4PM Pacific time discussing The Canadian Romantic, July Fourth Toilet, playing some music, and much more: 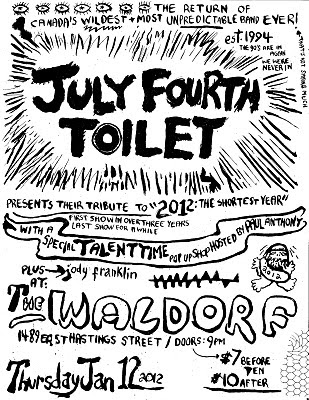 Posted by Robert Dayton, Junior at 9:58 AM No comments:

An Evening With the Canadian Romantic: Vancouver, Friday the 13th of January

Not only will this be a full evening with dinner, it's also a book launch for The Canadian Romantic, a full pen-and-ink art book!
Presented by UNIT/PITT at the Dunlevy Snack Bar, 433 Dunlevy Ave., Vancouver BC on Friday, January 13 2012 | Tickets ($25, performance plus dinner; $40, performance plus dinner plus book) on sale in advance, available online at http://www.publicationstudio.biz/events/canadian-romantic .

Robert’s most recent project is his series of videos and performances as the persona of The Canadian Romantic, a melodramatic figure of faded glamour who tries to bridge and explore the gap between Canada and romance with somewhat dubious results. Some key Canadian Romantic videos will be played. The Canadian Romantic himself will be performing live, taking topic suggestions from the crowd for his infamous impromptu candlelight Recitations. Expect glittery Bon Mots aplenty from a man of way too much experience. You will come alive with laughter feeling like you’ve woken up at an undisclosed time with make up smeared across your face. 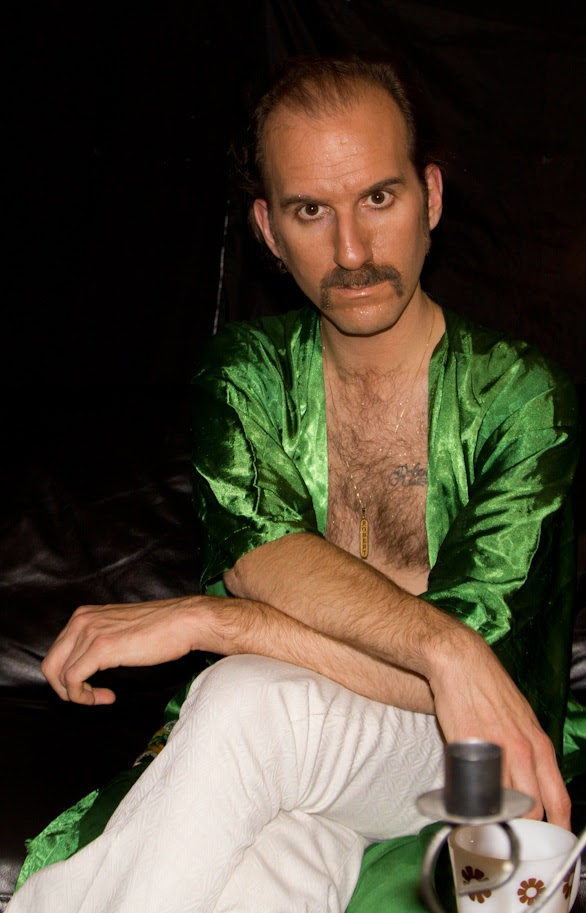 Posted by Robert Dayton, Junior at 1:24 PM No comments: